Facebook plan to beam internet to earth from satellite 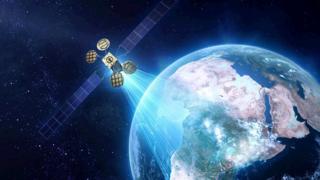 Facebook has announced plans to launch a satellite into space that will provide internet access to remote parts of Africa.

Facebook's founder, Mark Zuckerberg, said that he hoped the first satellite will be launched in 2016.

It's all part of a plan by Facebook to get internet access to some of the hardest to reach places in the world.

A lot of places still don't have internet because they don't have the underground cables that are needed to get broadband. A satellite would bounce signals to receivers in remote places to provide internet access.

But some companies have criticised the plans saying it's unfair to allow one company, Facebook, to be in control of the internet for a whole country.

How did cats take over the Internet?