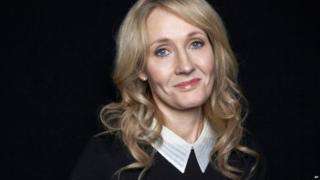 JK Rowling has shut-down a theory that one of the Harry Potter characters was a time traveller.

The author responded to fans who claimed they had put together evidence about Ronald Weasley being a time travelling Dumbledore.

On Twitter, she said that this theory is "false."

Also, referring to the idea that Draco Malfoy could be a werewolf, she tweeted: "I've never seen that one before.

"Draco definitely isn't a werewolf (and Snape's not a vampire)." 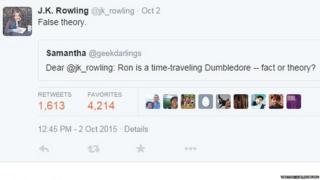 Last month, she revealed in a Twitter Q&A the news that Hagrid was unable to produce a Patronus charm because he could not perform powerful enough magic.