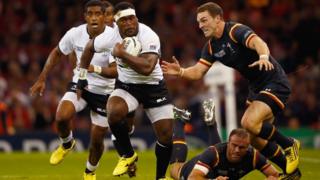 Wales have beaten Fiji to go top of Group A in the Rugby World Cup.

The win at the Millennium Stadium in Cardiff means that Wales will definitely reach the quarter-finals if England lose to Australia on Saturday.

Wales led 17-6 at half-time, but Fiji came back strongly in the second half, and the final score was 23-13. 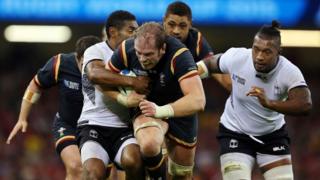 Wales captain Sam Warburton admits it was a tough game, saying that his team was "absolutely spent."

"That was one of the toughest test matches I've ever played - including sides like New Zealand, South Africa, England, Australia, France," said Warburton.