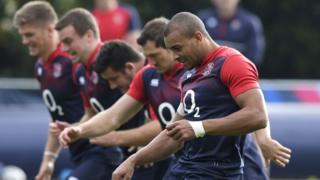 England have made several changes to their Rugby World Cup team ahead of Saturday's must win game against Australia.

Coach Stuart Lancaster has brought centre Jonathan Joseph back into the side in place of Sam Burgess. 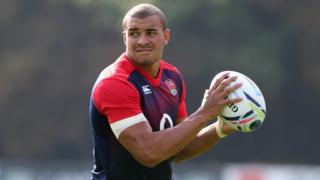 Getty Images
Jonathan Joseph missed the game against Wales through injury but will be back to face Australia. 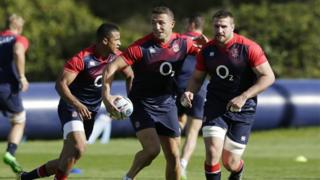 Reuters
Ben Morgan (far right) is back in the starting lining up but Sam Burgess (middle) has been dropped to the bench.

England need to win the match to avoid being knocked out of the tournament.

Joseph missed missed England's heartbreaking 28-25 loss to Wales through injury but is fully fit to resume his centre partnership with Brad Barritt.

Scrum-half Ben Youngs has also been passed fit to start after suffering an ankle injury against Wales. 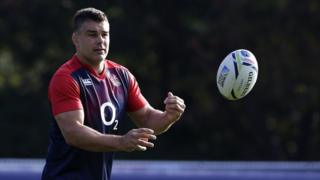 Reuters
Nick Easter was helping commentate on England's game against Wales but will now be on the bench for the Australia after a late call up.

Tournament veteran Nick Easter, who's 37, is named on the bench after being called up for his third World Cup as a replacement for Billy Vunipola, who has been ruled out of the tournament with a knee ligament strain.