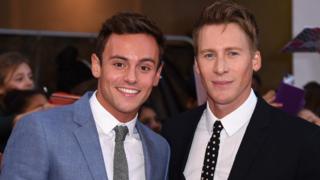 Olympic diver Tom Daley has announced that he is going to get married.

The news about the Team GB star, who won bronze at the London 2012 games, and his film director partner Dustin Lance Black was posted in a list of births and marriages in the Times newspaper.

He first revelead he had a boyfriend in a video on YouTube in 2013.