What are the new smoking rules?

From Thursday, smoking in vehicles carrying children will be banned in England and Wales.

Here's what you need to know about the new law.

It's now illegal to smoke in any vehicle when there is someone under the age of 18 inside.

Adults aren't allowed to smoke even if the car is parked with the door open, they are smoking out of the window or the sunroof is open.

Is this the same all around the UK? 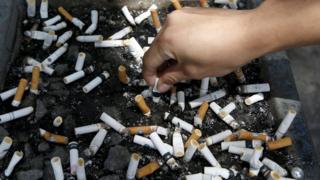 This law is just for England and Wales.

In Scotland and Northern Ireland, they are considering whether to ban smoking in cars with children.

What happens if people break the rules?

If someone's caught smoking in a car with a child, both the driver and smoker would be fined £50 each.

Why are they changing the rules? 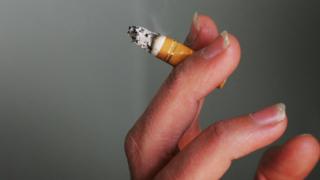 The new law is to protect young people from the effects of breathing second-hand smoke, which is when you breathe smoke from the air around you.

This smoke can be very bad for children's health.

Are there any other new rules on smoking?

It's now illegal to sell e-cigarettes to anyone under the age of 18.

Smoking in cars with kids ban backed by House of Lords