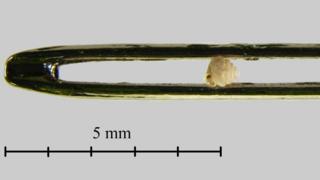 A tiny snail has been discovered in China that is so small 10 of them could fit side-by-side in the eye of a needle!

The Angustopila dominikae is one of seven new species of 'micro-snail found by scientists from Japan's Shinshu University.

Its shell measures in at just 0.86 millimetres, and is possibly the world's smallest land-based snail.

Surprisingly, it is related to the giant African land snail, which is nine million times larger than it. 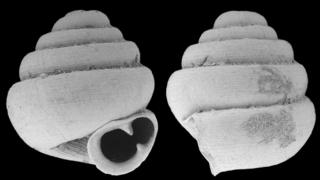 Snails are officially classed as 'micro-snails' when their shell is smaller than five millimetres.

Most of the tiniest snails in the world can be found in the sea.

A species called Ammonicera minortalis holds the record for having the smallest shell, and can range from 0.32mm to 0.46mm in length.