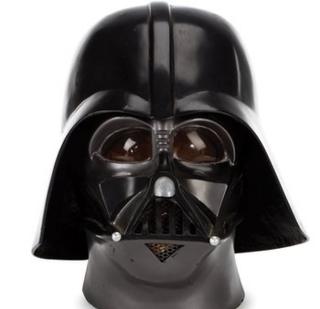 Profiles in History
Star Wars fans can get their hands on this Darth Vader helmet... if they have £20,000 to spare.

Wolverine's X-Men claw, a full size Jurassic Park Velociraptor and the Hobbit's feet are just some of the things up for sale at an amazing auction of old Hollywood movie props.

The event in California, in America, gives film fans the chance to bid for some of the most famous pieces of movie history.

Darth Vader's helmet, which was made for the film Star Wars: The Empire Strikes Back, is expected to sell for at least £20,000.

Check out some of the items up for grabs.

Profiles in History
These Wolverine claws were used by Hugh Jackman in the film X-Men Origins: Wolverine. 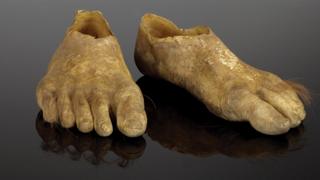 Profiles in History
Surprisingly large, these Hobbit feet were worn by Pippin in the Lord of the Rings Trilogy. 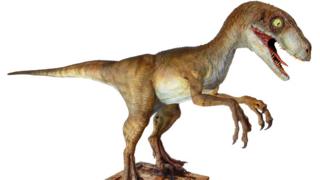 Profiles in History
This life-sized velociraptor from Jurassic Park is over two metres high and nearly four metres long.