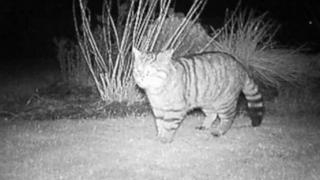 Plan to save the Scottish wildcat

This is of the world's rarest animals - the Scottish wildcat.

It's been captured by a hidden camera in the Western Highlands.

Habitat loss, breeding with domestic cats and disease has left the wildcat in trouble.

It's thought there's now fewer than a hundred left in the world.

But conservationist say they've found six areas in the Highlands where the species has the best chance of survival.

They're asking local people, including kids, to get involved in the fight to save wildcats by setting up hidden cameras.

Experts will use the footage to learn more about the creatures and how they can help them survive.

Dr Paul O'Donoghue from the wildlife charity, Wildcat Haven, says he wants more people living in the areas to join the project.

"We have a template for wildcat conservation and we're looking to expand that across the whole of the West Highlands," he said. 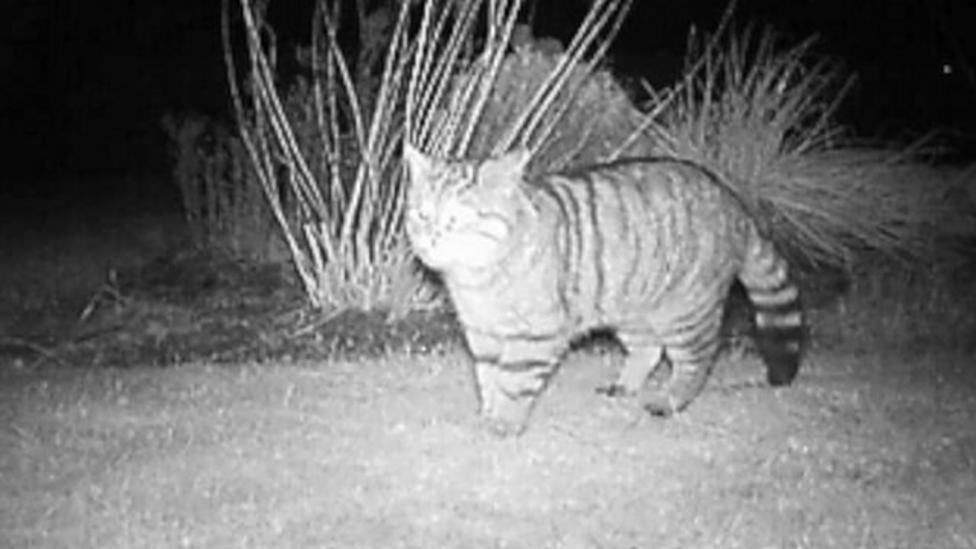 Plan to save the Scottish wildcat