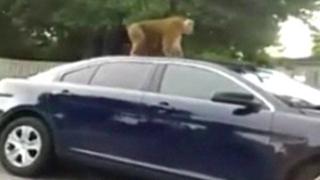 This cheeky macaque monkey escaped from its owner's home in Orlando, Florida.

The animal, called Zeek, chewed on its neighbours' mail, damaged a police car and rocked back and forth on a street sign.

The monkey was eventually caught when his owner returned home a short time later. 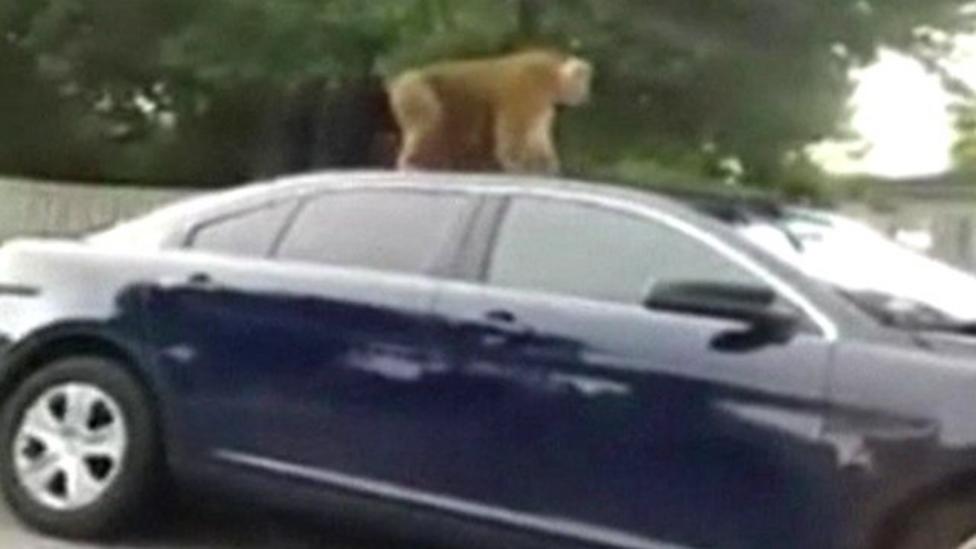