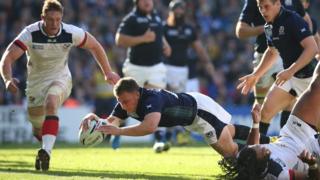 Scotland climbed to the top of Pool B after beating USA 39-16.

They were losing at half-time but scored five tries in the second-half. 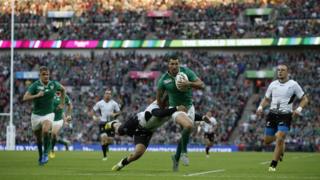 Ireland beat Romania in front of a record tournament crowd of 89,267 at London's Wembley Stadium.

They're now the group leaders of Pool D.

Scotland's next match is against South Africa on Saturday October 3.