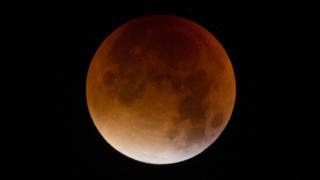 For the first time in more than 30 years, a lunar eclipse coincided with a giant supermoon to produce a spectacular display around the world.

The earth was positioned in a straight line between the Moon and the Sun, blocking out the sunlight that normally makes our Moon glow whitish-yellow creating the lunar eclipse. 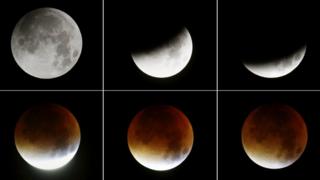 Because some light is able to make it around Earth's edges and be filtered through the atmosphere, the results make the Moon look red in colour. It's sometimes called a "Blood Moon". 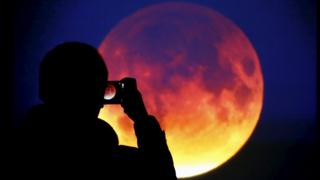 Reuters
The lunar eclipse was visible in Europe, Africa, West Asia as well as North and South America

It's called a supermoon because the Moon was closer to the earth making it appear larger and brighter than normal even though it was still 222,000 miles away! 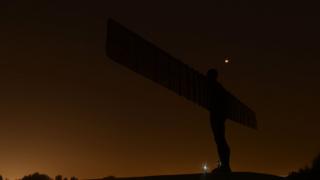 PA
During a lunar eclipse, the Moon turns a deep rusty red, due to sunlight being scattered by the Earth's atmosphere

If you've missed it you'll have to wait until 2033 for the next one.

Out of this world astronaut facts