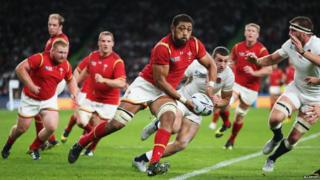 Wales beat England in an epic 28-25 victory at Twickenham in the Rugby World Cup.

England were leading 22-12 with half an hour to play and looked to be in control, but the concession of a series of penalties, many at the breakdown, kept Wales in the game.

Prince Harry and Prince William were at Twickenham watching, with Harry supporting England and William cheering on Wales. 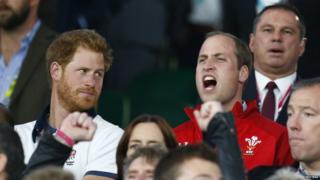 Wales coach Warren Gatland said England made a mistake by not going for a late penalty kick that could have drawn their Group A match at Twickenham. 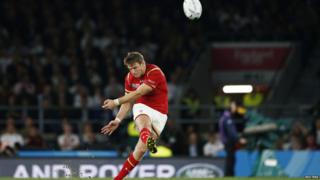 Biggar held his nerve to clinch victory with a kick from almost on the halfway line, which comfortably cleared the crossbar despite the distance.

Dan Biggar kicked all seven of his penalties in an all-round performance that saw the Osprey named man of the match, and Gatland admitted the fly-half "kept us in the game". 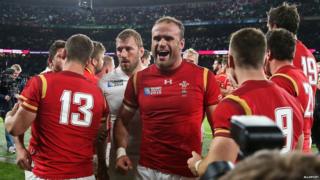 Wales now have one foot in the quarter-finals, while England will have to beat Australia to keep their hopes alive. 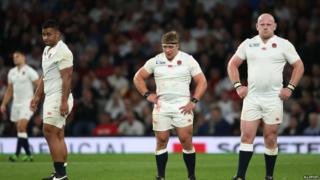