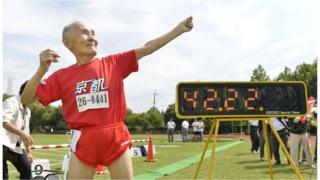 This is 'Golden Bolt'.

Hidekichi Miyazaki, is 105 years old and he's just broken his own record as the world's oldest competitive sprinter.

He is known as the "Golden Bolt" for copying the pose struck by Usain Bolt. 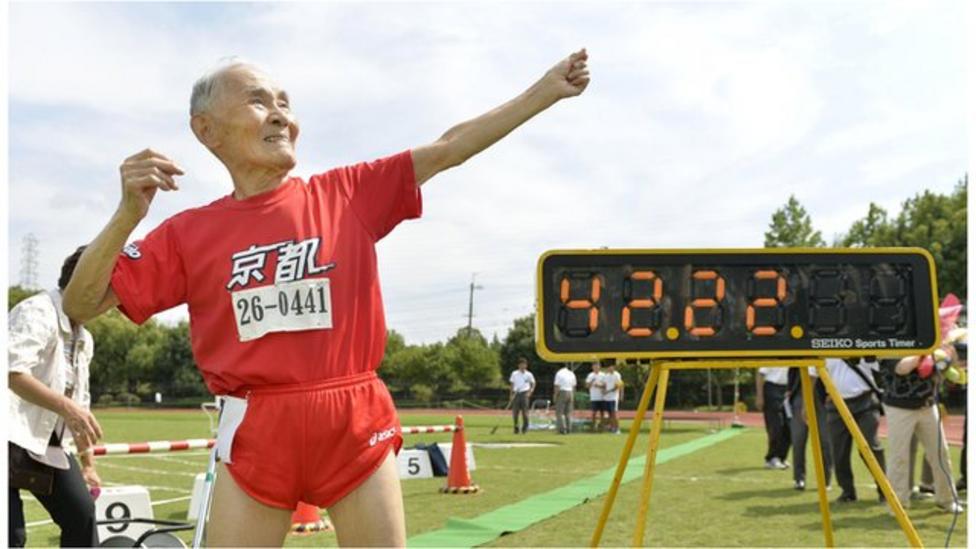