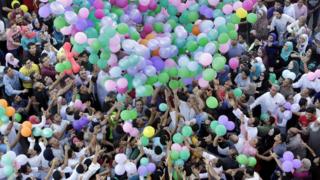 AP
People in Egypt catch balloons released to celebrate Eid outside a mosque in Cairo, Egypt

Millions of Muslims around the world are celebrating Eid al-Adha, an Islamic holy festival.

The festival marks the end of Hajj, which is a journey that many Muslims take to a holy place called Mecca in Saudi Arabia.

During Eid al-Adha, families will share food with friends and neighbours, and children are given presents.

Check out these pictures from around the world. 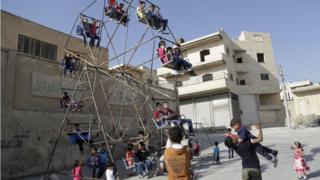 Reuters
Children play on a swing in Syria. During Eid al-Adha, children are given lots of presents and sweets 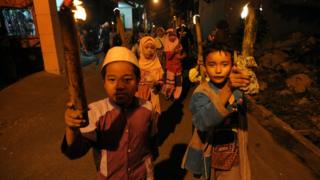 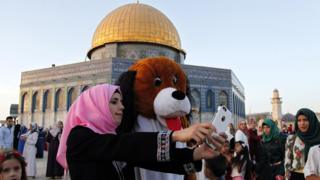