League Cup: Third round results and Fourth round draw 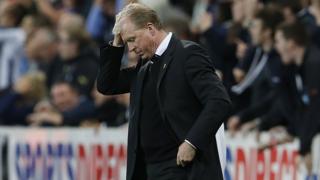 Newcastle are out of the League Cup competition after losing to Championship side Sheffield Wednesday in the third round.

It was a goal from Lewis McGugan in the 76th minute which put Wednesday through to the fourth round.

The result leaves Newcastle boss Steve McClaren with just one win from his first eight matches in charge.

"I've been in football too long to be embarrassed. Things like that can happen in football, and, yes, it's a very disappointing result and evening for everybody," said McClaren.

Liverpool only scrapped through to the next round by beating League Two side Carlisle on penalties at Anfield.

The match ended 1-1 after extra time with both goals coming in the first half. Danny Ings scored for Liverpool and Derek Asamoah scored for Carlisle.

The penalty shoot out finished 3-2 to Brendan Rodgers side thanks to three great saves from summer signing Adam Bogdan. 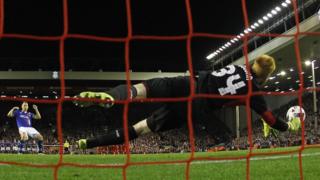 "We've shown a bit of character and we're delighted for Adam Bogdan, making the saves to get us through," said Rodgers after the match.

Arsenal beat Tottenham 2-1 at White Hart Lane. Both goals for the Gunners came from Mathieu Flamini.

"Overall we responded well mentally and physically to the challenges we faced, and it was a convincing performance," said Arsenal manager Arsene Wenger. 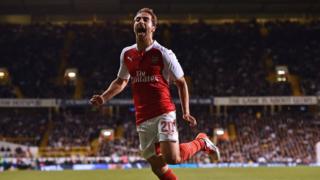 Chelsea cruised through to the fourth round with a comfortable 4-1 win over Walsall.