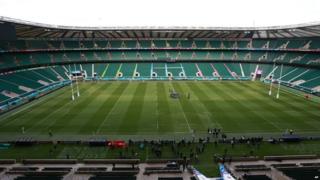 The Rugby World Cup is kicking off and over the next few weeks you're going to be hearing about it a lot.

But if you don't know the first thing about rugby then fear no more!

We've made you a special guide that will help you impress your mates during the tournament.

Here is Newsround's top words, phrases and fun facts to try and drop in while you're watching the games. 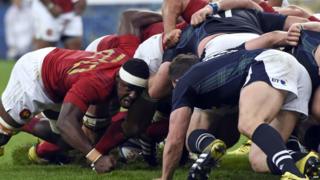 A game of rugby consists of two halves of 40 minutes.

Each side has 15 players, divided into eight forwards and seven backs. 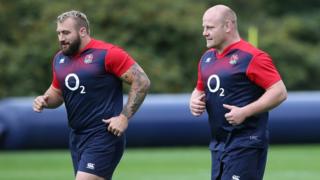 The forwards are generally bigger and heavier and the backs are faster and smaller. 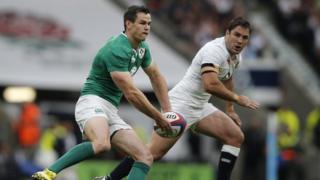 Getty Images
Ireland fly half Jonathan Sexton is one of the world's best backs.

A total of seven substitutes are allowed for international matches.

There is one referee assisted by two touch judges, who help the referee make decisions.

BLUFFER'S PHRASE: "The forwards are doing all the work out there."

The object of the game is to score more points than your opponents. There are a few different ways to score points: 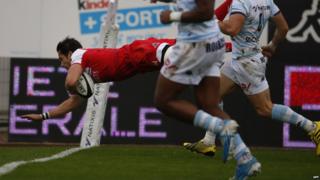 AFP
A try is scored when a player touches the ball down over the try line with their hand.

Try: A try is worth five points. It is scored when a player places the ball on the ground with downward pressure, between the try line and dead ball line of the opposition's half of the pitch.

There is no such thing as an "own try". If you touch the ball down in your own in-goal area, it results in a kick or a scrum.

Conversion: If a team scores a try, they have an opportunity to "convert" it for two further points by kicking the ball through the goal. The kick is taken from a point level with where the try was scored. 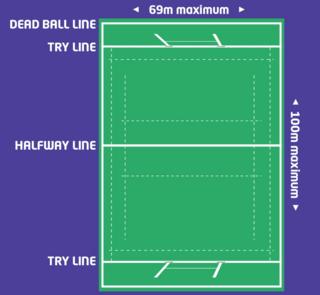 A diagram of a standard rugby union pitch

Penalty kick: If a side commits a foul or serious offence, a penalty is awarded and the opposition can decide to kick the ball through the goal posts from where the offence happened. If successful, it is worth three points. 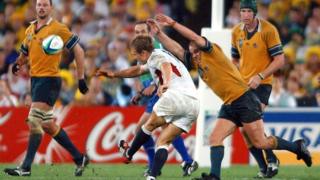 Drop goal: A drop goal is also worth three points and is scored when a player kicks the ball from out of their hands through the opposition's goal. But the ball must touch the ground between being dropped and kicked. 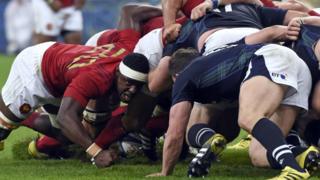 Getty Images
Scrums are used as a way of restarting the game and involves the biggest players (the forwards) pushing against each other.

It's used to as a way of restarting the game and can be one of the key areas that help a team win.

BLUFFER'S PHRASE: "That's a messy scrum, they're all over the place." 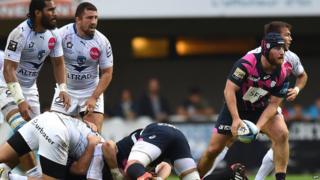 AFP
It's the hooker's job to get the ball back to his team from the scrum.

Hooker - A key player in the scrum - their job is to hook the ball back towards the rest of their team using their feet.

AFP
A try is scored when a player touches the ball down over the try line with their hand.

Fly-half - Some people think that the fly-half is the most important player on the pitch. 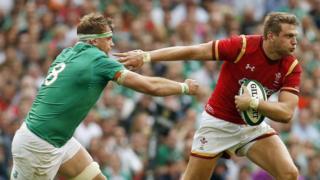 Reuters
Wales' fly half Dan Biggar has the important job of controlling what his team does on the pitch.

He is normally the best kicker and is in charge of calling plays and controlling where his team go, where they're running and where the ball goes. 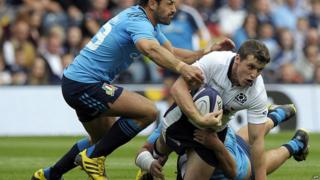 AFP
Once a player is tackled the opposition players will try to turn the ball over quickly by getting it off them.

Turnover - A turnover is when one side is attacking and the other team take the ball off them. 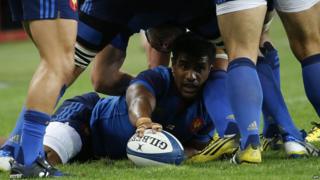 Ruck - When a tackled player hits the ground he must let go of the ball. If neither team then picks it up they can start pushing against each other with the ball still on the ground. This is what's known as a ruck.

Teams can push the other back great distances while the ball is in the ruck. However, if it stops moving the referee may blow his whistle and restart the game with a scrum.

BLUFFER'S PHRASE: "They need more people in the ruck." 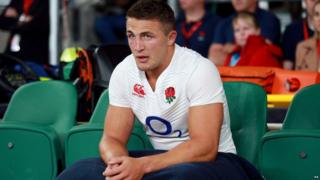 Sin-bin - All players who have committed a yellow card offence have to leave the game for 10 minutes and sit on a bench called the sin-bin.

Unlike football, anyone the ref shows a yellow card must leave the pitch straight away, but can come back after their 10-minute punishment runs out.

BLUFFER'S PHRASE: (After a bad tackle) "He should go to the sin-bin for that."

Here's some other things you might hear a lot:

Lineout: When the ball goes out of play at the side of the pitch, a lineout is awarded against the team who last touched the ball. Players from each team line up in a long row and the ball is thrown into this line up by the hooker. Both sides jump to try to get the ball, and can lift each other up to reach it.

Knock-on/knock-forward: This is when the ball goes forward off the hands or arms of a player and hits the ground or another player. You are not allowed to throw the ball forward in rugby and so if there is a knock on the other team are awarded a scrum.

Forward pass: The ball always has to be passed backwards in rugby. If the referee thinks it is passed forward then a scrum is awarded to the other side.

High tackle: It is illegal to tackle an opponent above the shoulders. The same goes for the late tackle - tackling the player after he has passed or kicked the ball.