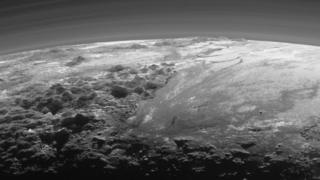 The American space agency NASA has released even more images of the dwarf planet Pluto from its New Horizons probe.

The pictures show icy mountains and flat ice plains which scientists say have a bit of an Arctic look to them. 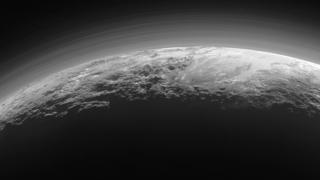 All of the images were captured at sunset when the New Horizons probe completed its flyby in July. 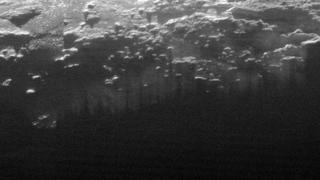 NASA
The setting sun illuminated a fog or near-surface haze

It will take a whole year for it send back all of the pictures it took.