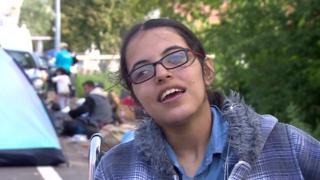 Syrian girl: 'I want to meet the Queen'

A Syrian girl, who's been in a wheelchair since birth, says she knows she will have to fight to achieve her dream of a new life in Europe.

Norjean, who's 16, is among thousands of migrants and refugees who are trying to find a new route into Europe after Hungary increased security at its border to stop people entering.

She arrived in Europe after taking a rubber dingy across the sea from Syria to Turkey but describes her journey as an adventure.

Her brother has already made the journey, settling in Germany, and Norjean says she wants to do the same to fulfil her dreams of becoming an astronaut, and one day meeting the Queen. 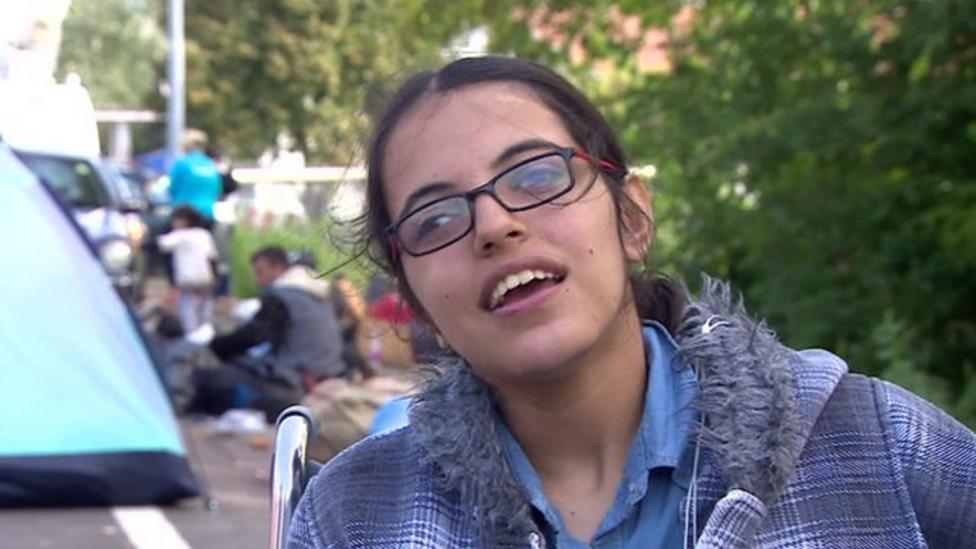 Syrian girl: 'I want to meet the Queen'