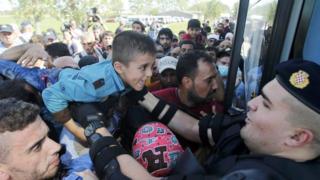 Thousands of migrants and refugees from places like Syria are trying to find a new route into Europe today. It's after one of the places they had previously passed through - Hungary - increased security at its border to stop people getting through. There were clashes between Hungarian police and hundreds of people trying to get into the country from nearby Serbia yesterday

The BBC James Reynolds is on the border between Serbia and Hungary.

Earlier around five thousand people made their way to nearby Croatia because they think it will be easier to get through than Hungary.

Many are hoping to eventually reach places like Germany or Britain - including a teenager from Syria. 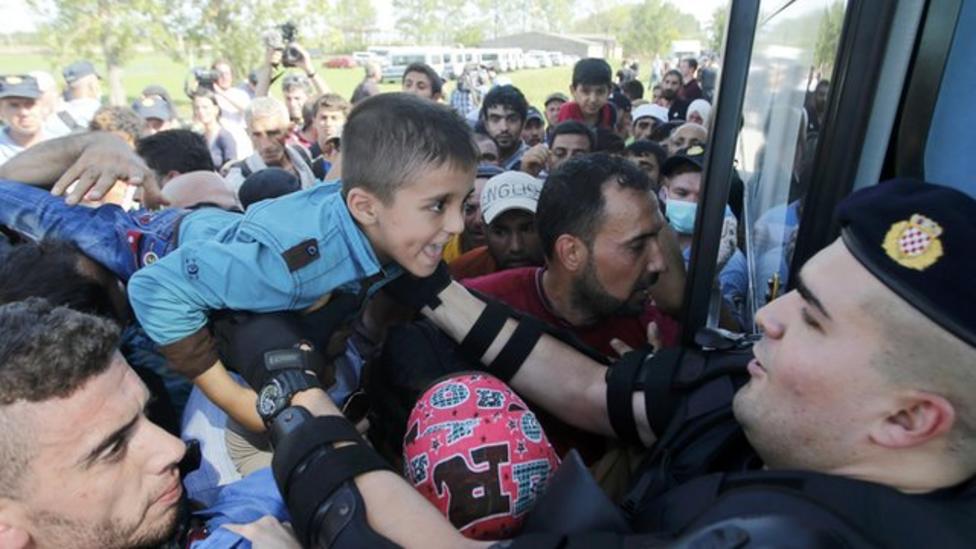