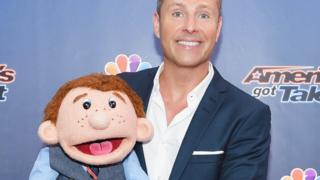 Getty Images
Paul Zerdin wins nearly £645,000 and the chance to headline his own Las Vegas show

The 43-year-old Londoner said he was "totally speechless" and "bowled over" to beat nine other acts in the final.

Two other British acts, Stevie Starr - the Professional Regurgitator - and magician John van der Put, who performs as Piff the Magic Dragon, also made it through to the final 10. 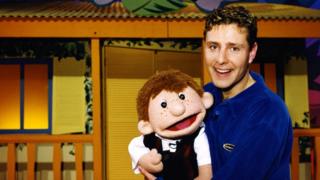 Zerdin was the early favourite to win the talent show following his performances in the early rounds.

After his performance in the final on Tuesday, judge and former Spice Girl Mel B said: "You're a well polished act, you're flawless."

America's Got Talent: Three UK acts into US show final