Ayshah: I'm the youngest, but I feel like the oldest 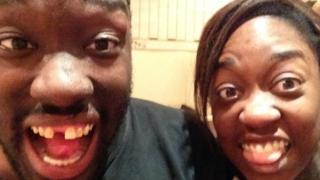 Watching TV, singing in the car and cooking - my brother Rob and I do loads of his favourite things when I'm home.

There's only two of us, and he's older than me by one year and nine months, but sometimes I feel like I'm older and that's because Rob has got autism.

It made me grow up very quickly

When we were growing up I didn't see much of a difference, I went to a local primary school and Rob went to a special needs school. But as I got older that changed, I started to realise his needs were more important than mine and it made me grow up very quickly. 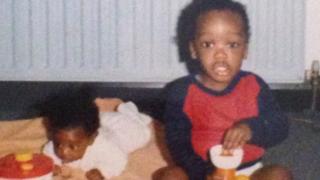 One evening when I was about 8 and Rob was 9, he decided he wanted to go outside. It was the middle of the night - but he jumped up, ran to the front door and straight across the road to the allotment. My parents ran after him and were really upset. Rob has no idea about the dangers of the road, doesn't know where he's going and he can't tell you what he's doing. After that Dad brought a massive chain for the door and my parents started locking the living room and kitchen door when we were downstairs, so Rob couldn't go out again.

Going to the shops with Rob used to be strange. We'd get odd looks and some people would giggle. Rob used to scream if he saw something he didn't like and put his fingers in his ears when things were too loud. I used to be really embarrassed about the things he did, I found it hard to explain to my friends, I never knew what to say. But if someone said something horrible to Rob I was the first one to stick up for him. 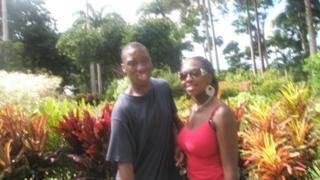 Having an autistic brother growing up, meant that in summer holidays I went with him to a camp with kids who had physical and learning disabilities. I quickly understood that people have different strengths and just because you struggle with one thing, doesn't mean you won't be brilliant at something else.

At home it can still sometimes be hard if Rob has a bad day. He slams doors, won't sleep and makes really loud noises. But I know it's only because he's unhappy and I try to be understanding. But I always worry about my parents having to deal with that.

I will always have to look out for him

In one way Rob thinks of me as his little sister. He doesn't listen to me when I ask him to do something, always takes my favourite seat on the sofa just to mess with me and his worst big-bro habit is farting when I sit closely to him (I hate that). On the other hand, I know he'll never be able to live by himself or go to work, so I will always have to look out for him. 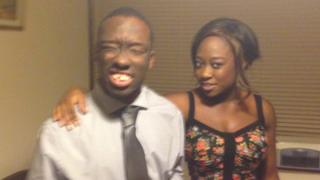 I love my brother with all my heart, and I'm proud to be his sister. But I'd be lying if I didn't say I find it hard sometimes.

What is autism? Read our guide

Watch My Autism and Me - A Newsround special

I'm A Celebrity contestant Anne Hegerty opens up about autism

My Autism and Me - a Newsround Special

How Minecraft is helping kids with autism