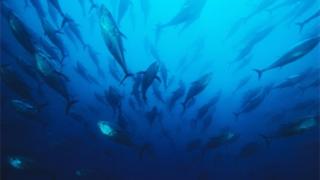 Science Photo Library
The report analysed more than 1,200 species of marine creatures in the past 45 years

Populations of marine mammals, birds, fish and reptiles have dropped by 49% since 1970, a report says.

The study says some species, which people eat a lot of are doing even worse, with a 74% drop reported in the populations of tuna and mackerel fish.

The report says human activity, such as overfishing, and climate change is having a big impact on marine life.

The document was put together by the World Wildlife Fund and the Zoological Society of London. 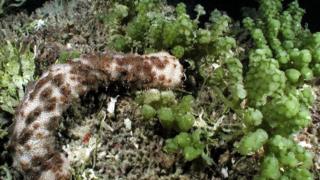 "Human activity has severely damaged the ocean by catching fish faster than they can reproduce while also destroying their nurseries," said Marco Lambertini, head of WWF International.

The report says that sea cucumbers - seen as a luxury food throughout Asia - have seen a significant fall in numbers, with a 98% in the Galapagos and 94% drop in the Red Sea over the past few years. 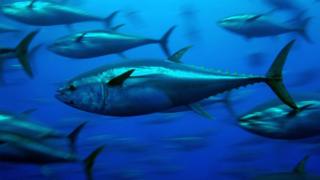 AFP/Getty Images
The total number of tuna in our seas, which humans rely on for food, is falling rapidly according to the report

The study highlights the decline of habitats - such as seagrass areas and mangrove cover - which are important for food and act as a nursery for many species.

Climate change has also played a role in the overall decline of marine populations.

The report says carbon dioxide is being absorbed into the oceans, making them more acidic, damaging a number of species.