Refugee girl describes her journey from Syria to UK

An 11-year-old girl, who's just arrived in the UK from Syria, has been describing why she had to leave and how life in a refugee camp left her feeling insulted and humiliated.

Manar moved to Britain just three weeks ago, when her family was relocated to Bradford in West Yorkshire, from a camp in Lebanon.

Her mum, Mariam, decided that Manar and her four sisters had no choice but to leave Syria after their neighbour's house was destroyed by a falling plane as war and fighting in the country got worse and worse.

But it's taken three years for them to begin their new life in the UK.

Speaking to Newsround reporter Ricky, Manar has been explaining how the war turned the country she loved upside down.

How life used to be 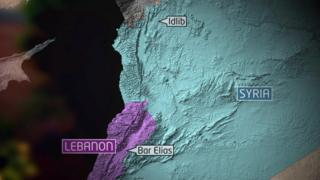 Manar grew up in city of Idlib in north-western Syria.

She said: "Before the war, it was really lovely. We used to come and go safely, we felt very comfortable."

But Idlib is a region that has seen heavy fighting since 2011.

Manar added: "We were really scared from hearing all the missiles and the shooting. We could hear gunfire and see the airplanes in the sky. Once it shelled near us, so we were terribly scared. We used to tell our mother just to get us out."

Life in a refugee camp 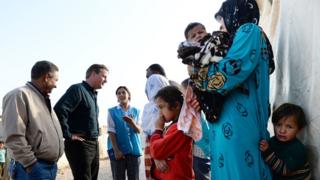 The British Prime Minister David Cameron recently visited camps in countries close to Syria, such as Lebanon and Jordan, after announcing that the UK would take in an extra 20,000 refugees.

And it was in similar camps where Manar ended up after leaving her home. She says it's an experience she does not want to repeat.

She said: "It wasn't nice at all because we were being insulted and humiliated. No one respected us." 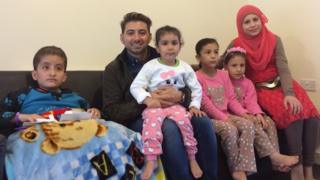 Manar and her family are among 200 people who've moved to Bradford as part of a special scheme.

She says being able to walk around freely is something amazing and she dreams of one day becoming a doctor.

Watch her full story above and you can find out more about what's happening in Syria by clicking here.