The California wildfires in pictures

Firefighters in the US state of California are still battling to stop the spread of major wildfires.

Buildings, houses and cars have been destroyed by blazes and thousands of people have been forced to leave their homes.

Most people have managed to get to safety but four people have been injured and one person has died.

Here are some of the most striking images of the fires. 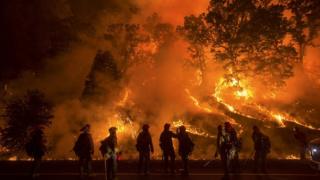 Reuters
Firefighters have been working for days to put out the wildfires burning in northern California. 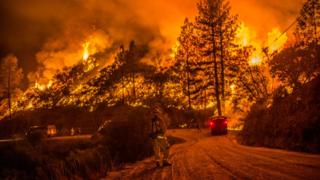 Andrew Seng/AP
The fires have forced around 23,000 people to flee their homes and the Governor of California, Jerry Brown, has declared a state of emergency. 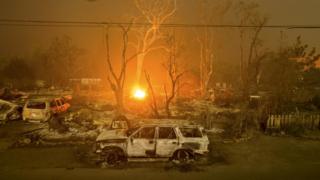 Reuters
The fires spread so quickly that thousands of people were forced to abandon their homes and cars to get to safety. 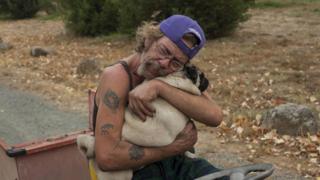 Reuters
Dog owner Robert Hooper hugs his pet Toby after his home is partially burnt down in Middleton, California. 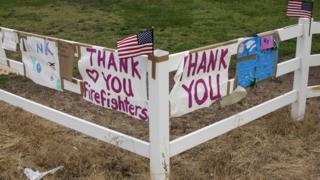 Reuters
People have put up signs to thank firefighters for their hard work trying to put out the fires. 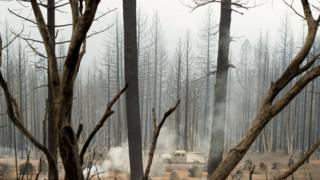 Reuters
Some of the fires have been burning since July, and have left a trail of destruction behind them.