Talks continue to save government in Northern Ireland 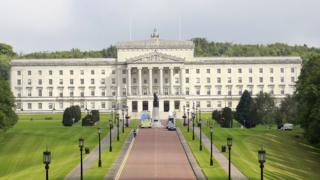 Politicians in Northern Ireland are holding talks over the next month to prevent the collapse of the government.

A number of leading politicians have stepped down from their positions within the Northern Ireland Executive including Peter Robinson who was the First Minister.

The Northern Ireland Executive is a power-sharing government made up of ministers from the five biggest parties.

Northern Ireland secretary Theresa Villiers, who represents the UK government, is now holding talks with all of the different parties to see if they can continue to work together to run the country.

She expects the talks to take up to six weeks.

The crisis has come about after a murder which the police say was carried out by the IRA - they were an armed group who wanted Northern Ireland to be part of a united Ireland separate from the UK.

Sinn Fein is one of the biggest political groups in Northern Ireland. It traditionally had links to the IRA. The leaders of Sinn Fein insist that the IRA have "gone away".

It's not clear what will happen if the political parties can not come to agreement. There might have to be a new election.

At the moment people living in Northern Ireland won't be noticing any differences to their day to day services like schools and rubbish collections.

Prime Minister David Cameron has said that he wants the talks to resolve the problems as soon as possible.

Should politics be taught in schools?