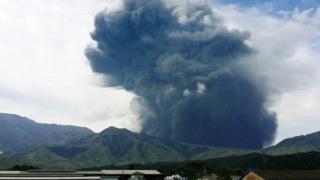 A volcano on Japan's main southern island of Kyushu has erupted, sending clouds of smoke and ash 2,000 metres into the air.

Mount Aso, which is a popular tourist spot, is one of the most active volcanoes in Japan.

People have been banned from going near to the site of the volcano.

There are no homes in that area and there have been no injuries reported.

Watch the clip to see the volcano erupt. 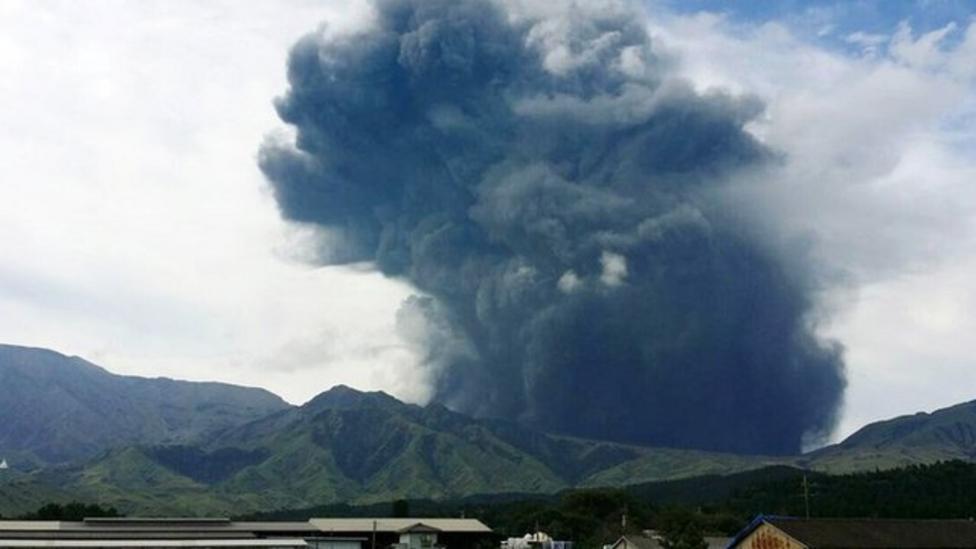