Britain's Mo Farah has won the Great North Run for the second year in a row.

He beat Kenya's Stanley Biwott in an exciting finish. 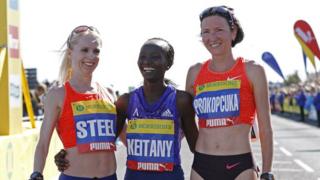 Kenya's Mary Keitany held on to the women's title she won in record time last year. 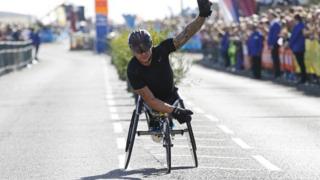 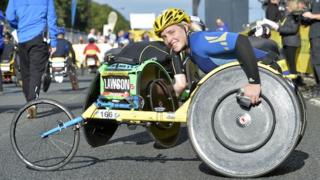 Mo was made to work hard as Biwott, runner-up at the 2014 London Marathon, led for much of the race.

But the Olympic and world 5,000m and 10,000m champion produced a trademark sprint finish to take the lead in the final 400 metres and win in 59 minutes 22 seconds - the fastest half marathon by a British athlete. 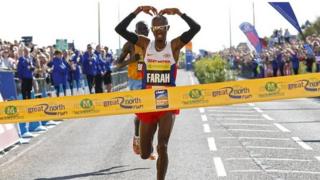 "The crowd were amazing," said Mo. "If it wasn't for them edging me towards the end it definitely would have been a different result.

"I want to come back and see if I can do a hat-trick."