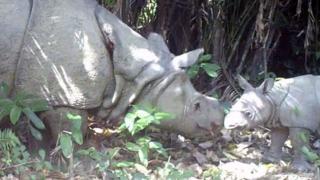 Three baby Javan rhinos (Rhinoceros sondaicus) have been captured on camera in Indonesia.

The little calves were seen playing with their mums in the Ujung Kulon national park.

Rhinos are an endangered species around the world and Javan rhinos only exist in Ujung Kulon.

Mohammad Haryono, head of Ujung park, says the species is very different to other rhinos which makes them harder to spot.

He said: "They are elusive and shy away from humans, and they have a higher stress level compared to rhinos in India or Africa."

There are now thought to be around 60 of the species living in the park. 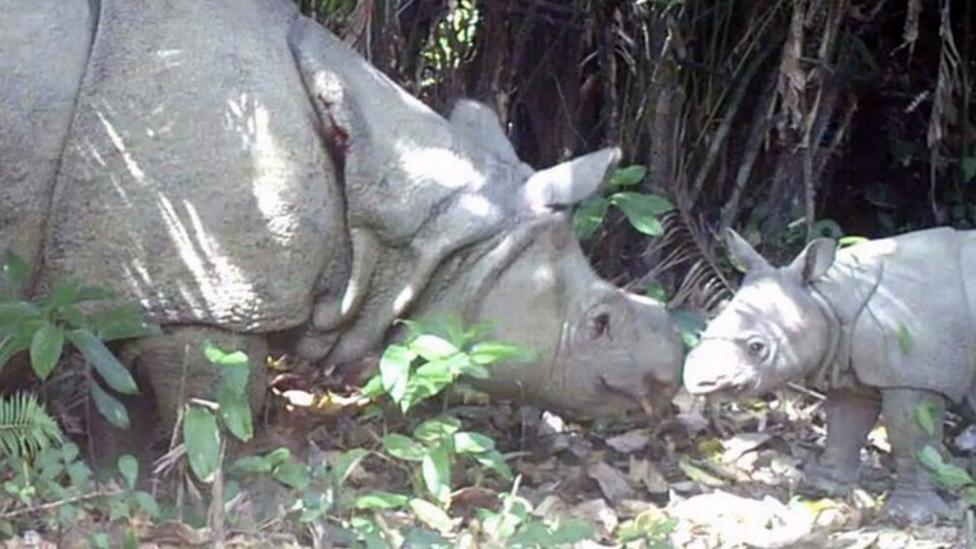