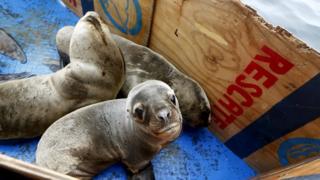 Four sea lions have returned to the ocean after being nursed back to health.

Han, Job, Kukin and Fabiana, were poorly and hadn't had enough to eat or drink when they were found.

They were rescued by marine biologists and spent two months at a special rehabilitation centre in Peru in South America.

Carlos Yaipen, one of the experts who helped make the the creatures better, says he's found lots of sick sea lions and believes changing sea temperatures are to blame.

He said: "These sea lions are survivors of various illnesses which they contracted off the coast of Peru caused by the phenomenon of El Nino.''

The little creatures were taken by boat to Palomino island, in Callao, Peru for their release, which is home to over three thousand other sea lions. 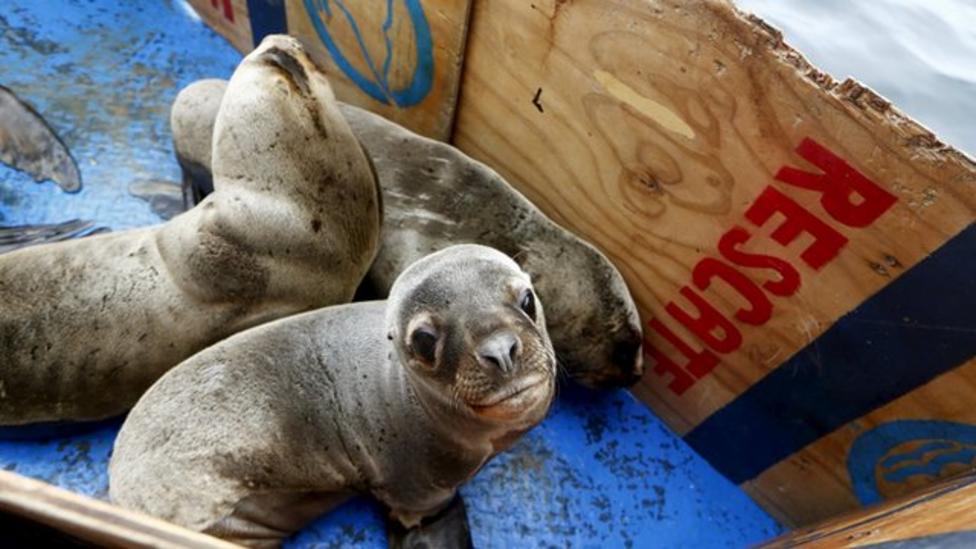