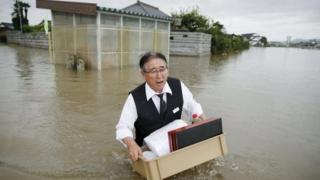 Major flooding has forced more than 90,000 people to leave their homes in Japan.

Heavy rain has caused landslides in the north-east of the country.

The city of Joso, north of the capital, Tokyo, was hit by a wall of water after the river nearby burst its banks.

It comes a day after a tropical storm caused winds of nearly 80 miles an hour. 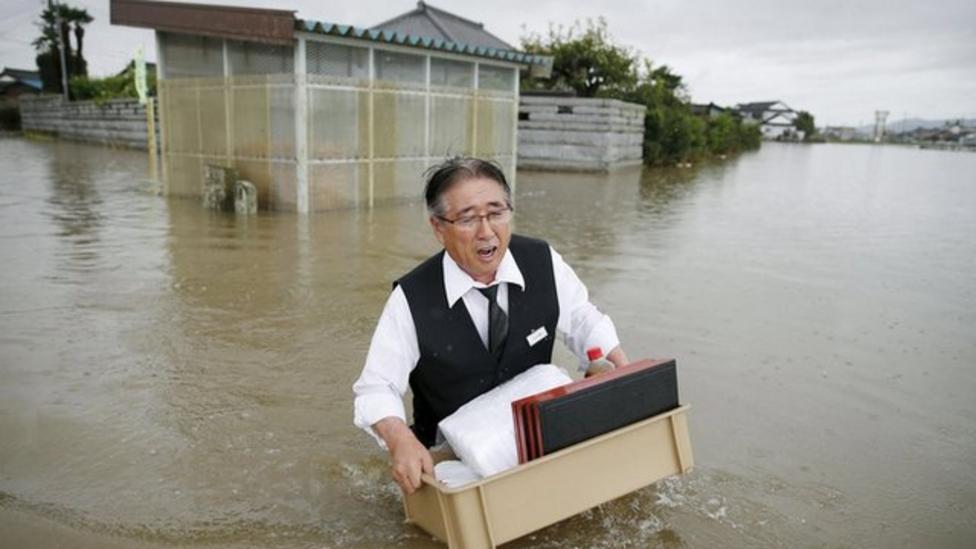