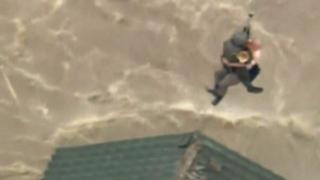 A man has been rescued from a roof top by helicopter during severe flooding in Japan.

Landslides and heavy rain have forced more than 90,000 people to leave their homes.

The city of Joso, which is north of Japan's capital Tokyo, was one of the places that was flooded when the river there burst its banks.

And these dramatic pictures have emerged showing the rescue helicopter teams pulling stranded people to safety. 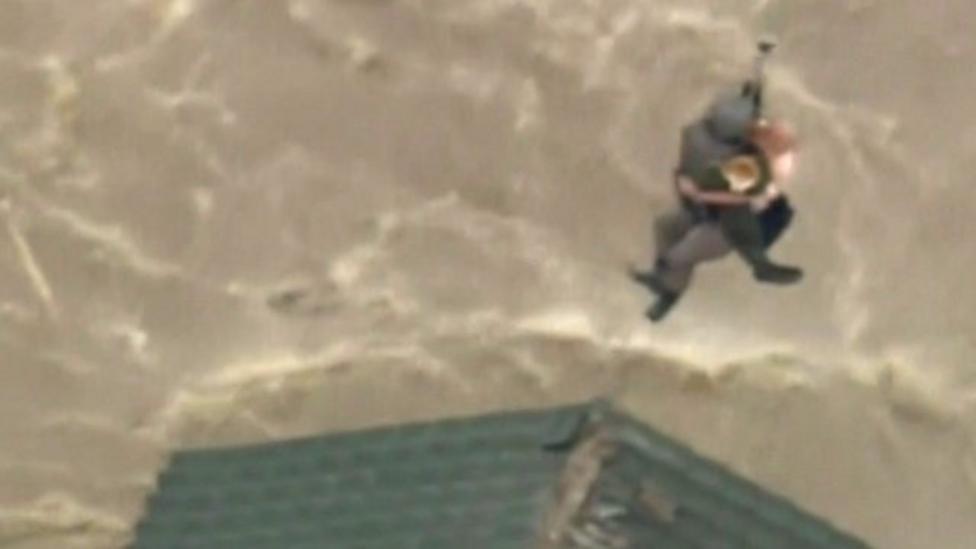