Usain Bolt of tortoises races into Guinness Book of Records 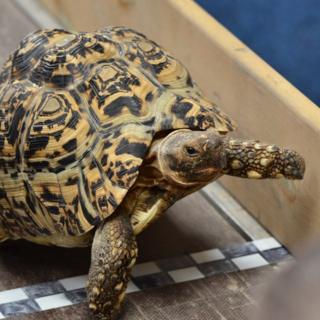 The Usain Bolt of the tortoise world has raced into the record books as the fastest ever.

He clocked his time in July last year, but the achievement has now been confirmed and appears in the new edition of the Guinness Book of Records.

Bertie, who raced to his record on a diet of strawberries, is thought to be about 10 years old. 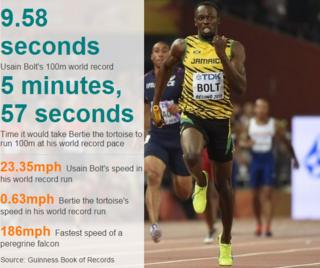 Leopard tortoises typically live to between 80 and 100 years old.

After becoming a record-breaker, Bertie and his girlfriend Shelly now live in a larger enclosure.

The previous best was set at the National Tortoise Championship at Tickhill, South Yorkshire, on 2 July 1977.