The Blitz Anniversary: 75 years since bombing of the UK 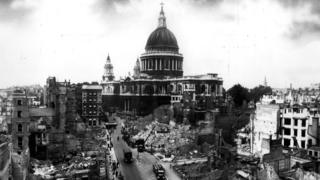 This week marks the 75th anniversary of the start of the Blitz.

During World War II the German air force, also know as the Luftwaffe, bombed towns and cities all over Britain in what became known as the Blitz.

London was then bombed for 57 consecutive nights, and often during the day too. Sadly lots of people died.

Liverpool, Birmingham, Glasgow, and Plymouth were some of the most heavily bombed places after London. 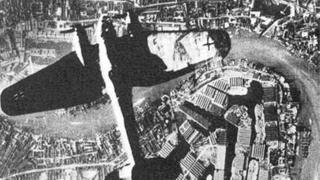 A German plane over central London

A German plane, called a Heinkel HE111, flying over London during an air-raid.

The plane was specially designed to drop bombs. 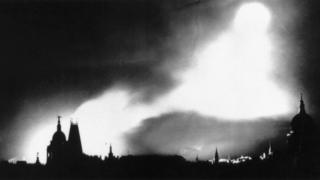 Lighting up the sky

Bombs were so powerful that they could light up the sky at night.

In this picture you can see Saint Paul's Cathedral to the right hand side.

You can see the extent of the bomb damage in the area around St Paul's Cathedral in London.

Large areas of cities up and down the country were completely flattened by bombs. 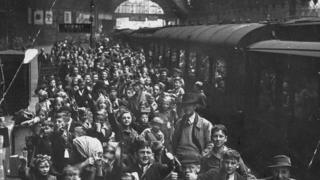 Lots of children were evacuated from cities all over Britain to live with families in the countryside to keep them safe.

The evacuation programme began when World War II broke out and continued as the Blitz pummelled Britain's cities. 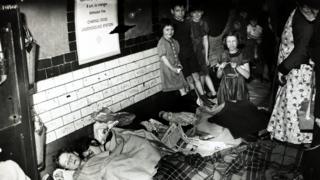 People also built shelters in their gardens, basements and all sorts of places. 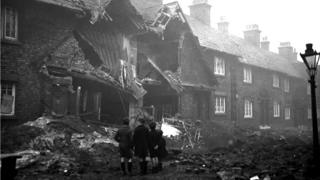 Lots of people lost their houses because of the bombings.

In this picture, a group of children in Liverpool inspect the damage inflicted on houses, probably in the area where they live.