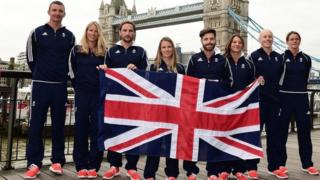 Eight sailors have been selected as the first athletes on the Team GB squad for Rio 2016.

World champion Giles Scott will compete in the Finn class which was dominated by Sir Ben Ainslie, who retired from Olympic sailing after his fourth gold came at London 2012.

Hannah Mills and Saskia Clark are looking to improve on their silver medal from the 2012 Olympics.

Also in the squad is Luke Patience who won silver three years ago alongside Stuart Bithell.

Luke will team up with two-time world champion Elliot Willis in the 470 men's event.

Stuart will compete in the 49er class for Rio.

Windsurfer Bryony Shaw is in the squad as is Nick Thompson, the 2015 Laser world champion who earns his first Team GB call-up.

Can the British sailors win medals in Rio?

British sailors secured five medals at London 2012 - more than any other nation.

Hannah Mills and Saskia Clark have won medals at each of the two Rio Olympic test events and are confident of success in 2016 despite missing out on gold in those competitions and the last Games. 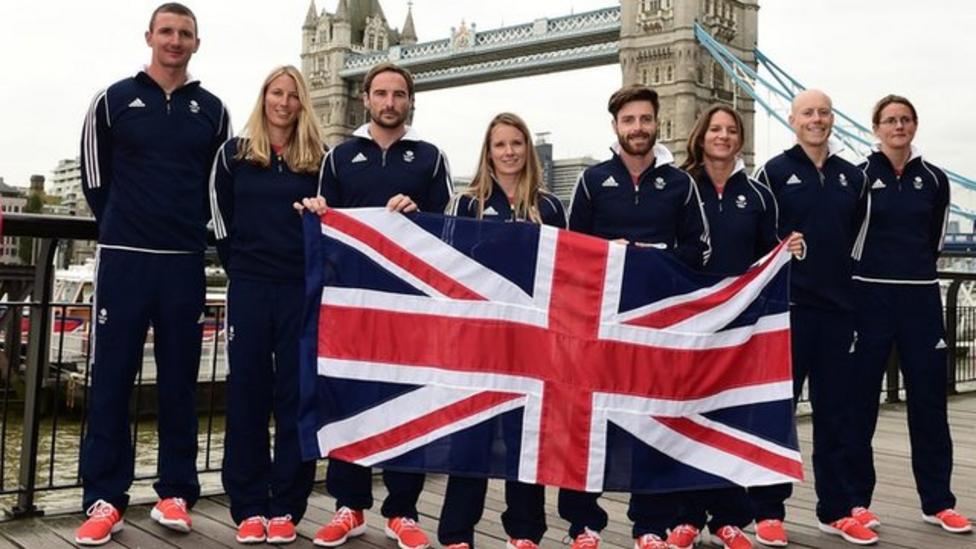