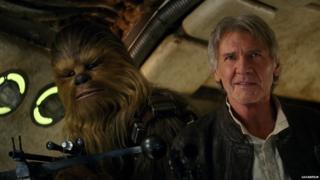 The UK release date for the new Star Wars film has been brought forward by a day meaning it will be out here a day before it hits cinemas in America.

Episode VII: The Force Awakens will now be released in Britain on 17 December, a day earlier than previously announced.

The latest film is the first in a new trilogy for the franchise.

It will will run alongside the original three films and prequels that followed them. 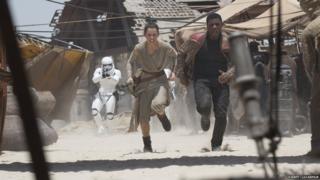 The Force Awakens will be set 30 years after Return of the Jedi and the trailer sees the return of Han Solo, played by Harrison Ford again, alongside co-pilot Chewbacca.

French film fans get to see it before anyone else with the release date in France set for 16 December.