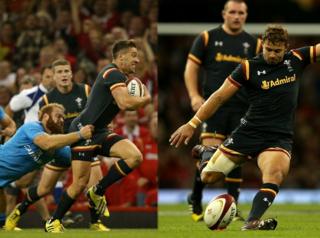 Two of Wales' best rugby players have been ruled out of the World Cup with injury.

Full-back Leigh Halfpenny and scrum-half Rhys Webb were both carried off during Wales's 23-19 win over Italy in a warm-up game at the Millennium Stadium on Saturday. 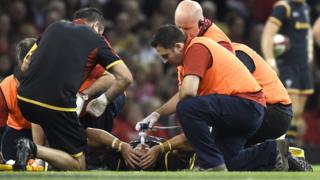 Reuters
Leigh Halfpenny had to be carried off the pitch with what was later diagnosed as a knee ligament injury.

Wales coach Warren Gatland said: "It is extremely disappointing for both Leigh and Rhys.

They have worked exceptionally hard to establish themselves on the world stage and to prepare for the tournament." 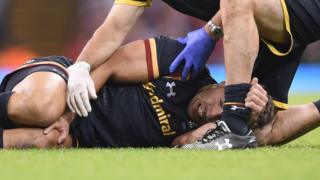 The loss of both players has been described as "a massive blow" by former Wales player, Shane Williams, who is the record try scorer for the national team.

Webb, who damaged his ankle, posted a message on social media saying: "Really disappointed to be ruled out of the RWC. After all the hard work I've put in over the summer, words can't describe how I'm feeling." 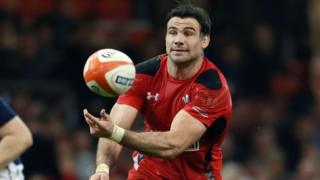 The Welsh Rugby Union has not yet confirmed who will replace Halfpenny, who injured his knee during the match.

Rhys Webb is going to be replaced by Lions scrum-half Mike Phillips.

Webb has established himself as Wales's leading scrum-half, having been outstanding during last season's Six Nations Championship.