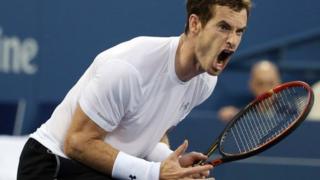 Andy Murray, has crashed out of the U.S. Open Tennis Championships.

He lost a tough fourth-round contest against the world number 14 Kevin Anderson, from South Africa.

It's the first time in five years that Murray has failed to reach at least the quarter finals of a Grand Slam tournament. 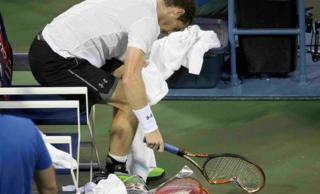 Britain's Johanna Konta was also knocked out in the fourth round.

Murray seemed to let things get to him throughout the game.

He smashed his racquet and argued with the umpire before launching a fight back in the third set, but Anderson dominated the decisive tie-break

Reuters
Anderson will play Stan Wawrinka in the quarter final

At 6ft 8in tall and with a chart-topping 69 aces heading into the match, there was no mystery to the South African's greatest strength - his serve.

It took until, Andy Murray, was a set and 5-1 down for him to break serve, and Anderson saw off another break point to clinch the set at the second opportunity.

The South African won in four hours and 18 minutes to reach a first major quarter-final, where he faces Stan Wawrinka.

This is the biggest win yet for Anderson and, so far, it is the longest match of this year's tournament.