Wales made to wait for historic win 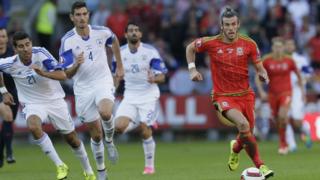 Wales will have to wait to secure qualification to their first major football tournament in 57 years, after drawing with Israel in Cardiff.

Chris Coleman's team went into Sunday's game knowing a win would have guaranteed them a place at Euro 2016. 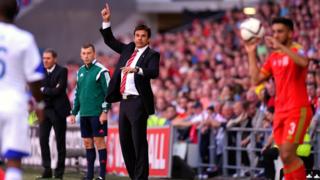 But the game finished 0-0 meaning they need two points from their last two group games to reach the tournament.

They play Bosnia next, on October 10, followed by the final group game at home to Andorra three days later.

If Wales make it to the Euros in France it would be their first appearance at a major tournament since taking part in the World Cup in 1958. 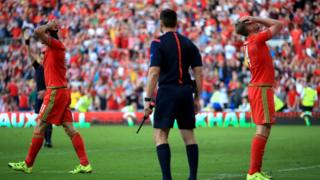 PA
Wales thought they had won it in the 94th minute but Simon Church's goal was disallowed for offside.

Gareth Bale and co thought they had secured a dramatic win when they put the ball in the net in the 94th minute of match, but the goal was ruled out for offside meaning they now have to wait.

Gareth Bale career in pictures: from schoolboy to Real Madrid