Archaeologists have found around 100 huge standing stones buried near Stonehenge.

Experts think the discovery could be the 'biggest' prehistoric monument ever built in Britain.

The stones were uncovered using special equipment that scans below the Earth's surface. 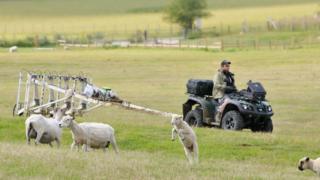 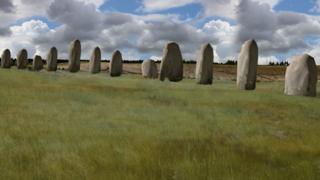 Ludwig Boltzmann Institute
The stones could have measured up to 4.5m in height

The latest discovery was made about 1.8 miles (3km) from Stonehenge, on the edge of the Durrington Walls "henge", or bank.

It's an area which had not yet been studied by researchers and it's thought the stones may have originally measured up to 4.5m (14ft) in height.

Lead researcher, Vince Gaffney said the stones were "lost to archaeology" but found thanks to modern technology. 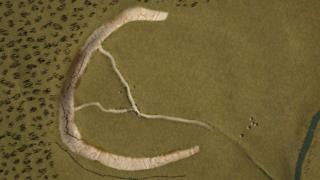 The findings are being announced later on the first day of the British Science Festival being held at the University of Bradford.