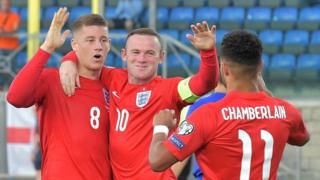 England striker Wayne Rooney has said he is "proud" to have become England's joint top goal-scorer of all time..

Sir Bobby was a member of the 1966 England World Cup winning team, and his goal-scoring record has remained unbroken for the last 45 years.

After the match Rooney said: "To be level with Sir Bobby is a huge honour, a great moment and I am very proud of it," 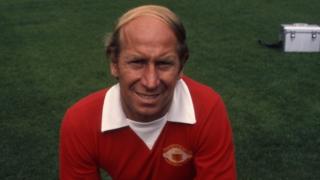 Sir Bobby also played for Man United, and was part of the England team who won the World Cup in 1966.

"Hopefully I will surpass that and become the outright leader." said Rooney.

England went on to beat San Marino 6 - 0 and are now through to the finals in France next year.