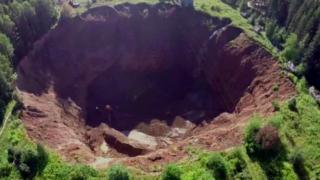 Officials in Russia have been keeping an eye on a giant sinkhole, which has tripled in size.

The massive crater first formed 10 months ago, and is now a whopping 120 metres wide.

The sinkhole is thought to have been caused by flood erosion in an underground mine.

Although it has destroyed lots of empty holiday homes, officials say there is no danger to local residents who live nearby.

Mine surveyors are keeping an eye on the hole and taking measurements every ten days, and local media say work is being done to help stop the crater from getting even bigger. 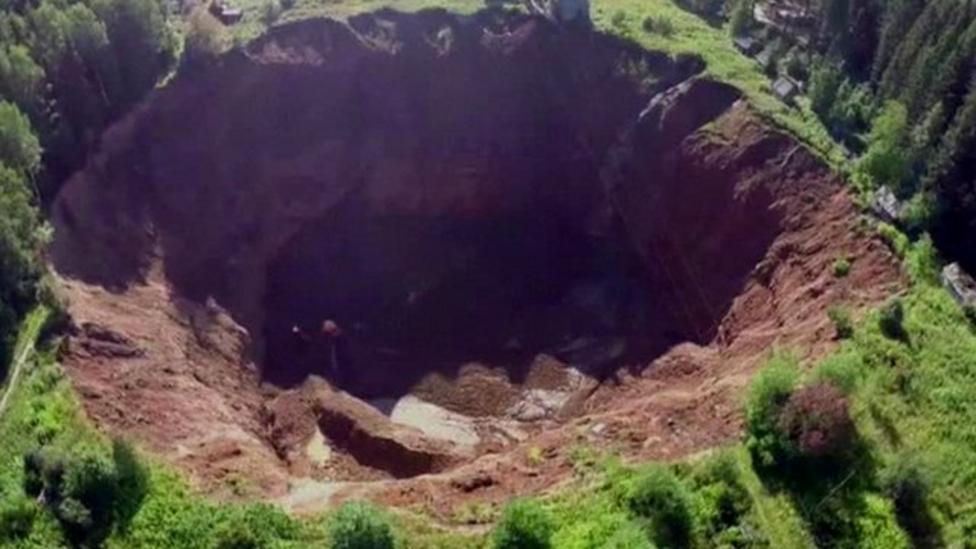