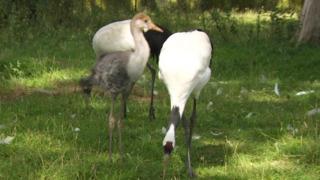 A rare and endangered wattled crane chick has been adopted by two red-crowned cranes at Whipsnade Zoo.

Bird experts were keen to save the rare chick so placed the egg in an incubator until it was ready to hatch and then popped it into the nest of a pair of red-crowned cranes.

The move proved to be a successful one, with the red-crowned cranes adopting and rearing the chick as their own.

They are also teaching the developing crane important skills to avoid predators, find food and interact with other animals. 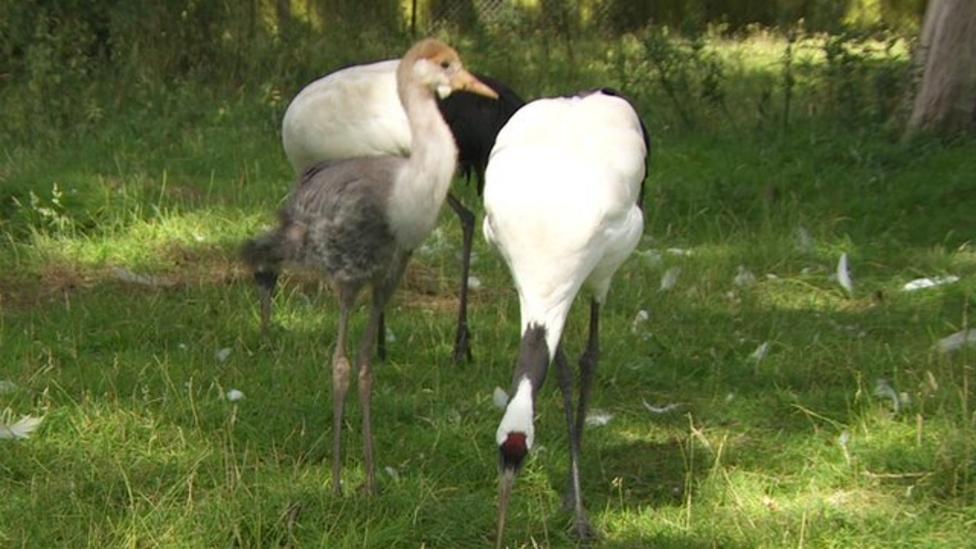