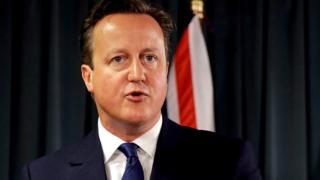 The Prime Minister has announced that 'thousands' more refugees from Syria will be allowed to come to the UK.

David Cameron said the UK will accept people who are living in refugee camps on the borders of Syria.

Four million people have fled Syria since the conflict started there more than four years ago.

Pressure on the government to allow more refugees to come to the UK has intensified in recent weeks as the migrant crisis in Europe deepens.

Why is there a migrant crisis in Europe?

The Prime Minister did not say how many people he would allow into the UK but the United Nations refugee agency said the UK would take a further 4,000 Syrian refugees.

Cameron said that Britain would act with its "head and heart", and that he was committed to finding a long-term solution to the crisis.

Why is Europe divided over the crisis?

Different European countries are struggling to agree on the best way to deal with the thousands of migrants and refugees arriving from other parts of the world.

Large numbers of people, including many children, from across the Middle East and Africa are currently trying to get into Europe in search of a new life.

But many countries are finding it hard to cope with the huge numbers of people arriving every day.