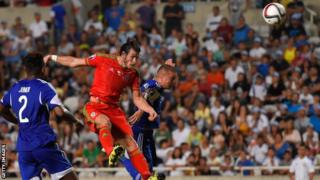 Gareth Bale's header gave Wales a 1-0 win in Cyprus to put them three points away from qualifying for Euro 2016.

Wales are still unbeaten and three points clear at the top of Group B.

If they beat Israel on Sunday they'll qualify, which will be their first appearance at a major tournament in 58 years. 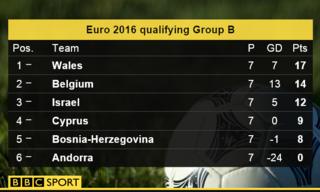