The summer holidays are officially over, and lots of you will be heading back to school again.

For some of you, this will mean making the move from primary to secondary school.

But what kind of things do you need to know when you change schools, and what should you bring with you?

Newsround viewer Shonny, who is starting secondary school for the first time, tells us how she found the big move.

Shonny said one of the biggest differences from primary school was her new uniform.

For secondary school, she now has to wear a tie, shirt and blazer.

She felt worried about missing the school bus and getting lost in the bigger buildings, but was excited to make new friends.

The big day has arrived 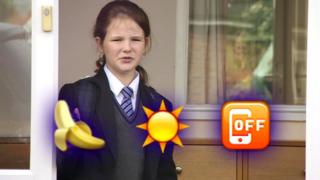 After a quick breakfast, the sun was shining whilst Shonny set off for her first day at her new school.

One new rule at her secondary school is that mobile phones must be switched off during lessons. 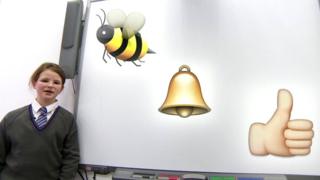 At the half way point of her first day, Shonny picked the bee emoji because she had been as busy as one.

She was working out her new homework planner and getting used to the surroundings.

Shonny says she was surprised by the loud bells signalling lessons, as that didn't happen at her primary school.

Despite finding the new school bigger than she'd expected, Shonny is already making new friends and picked a thumbs up for a good day so far.

Day one at a new school complete 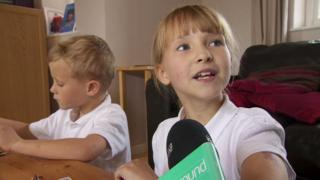 Shonny's little brother and sister are still at primary school.

They're missing her on the car trips home,as Shonny is now allowed to take the school bus alone. 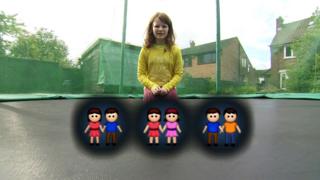 For Shonny, the best bit about moving up to secondary school is having more responsibility and independence, and making new friends.