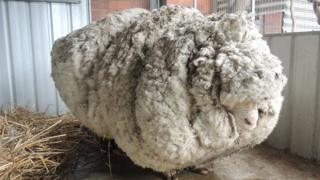 RSPCA
Chris the sheep was spotted wandering about outside of Canberra, the capital of Australia

Animal welfare groups warned it risked death because it was so woolly from living in the wild for several years.

More than 40kg of wool was removed in what the RSPCA says is the heaviest amount of wool cut from one shearing.

National shearing champion Ian Elkins was urgently called in on Wednesday to tackle the mammoth merino. 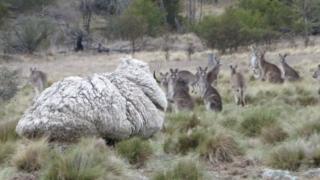 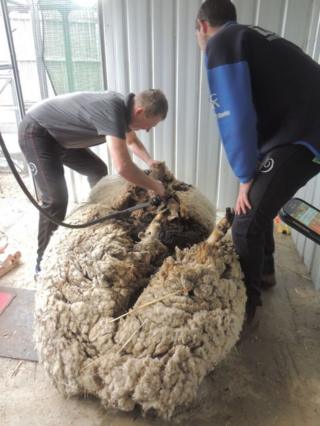 RSPCA
Champion sheep shearer Ian Elkins described removing Chris's wool as one of his biggest challenges, saying he had never seen anything like it in 35 years of work 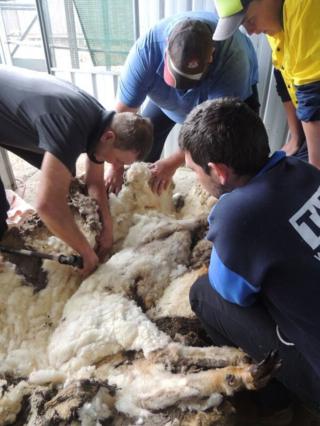 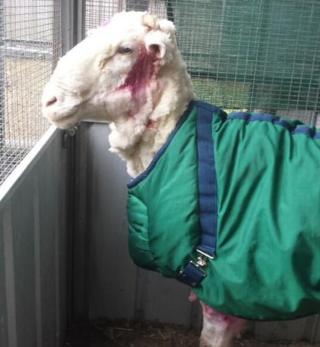 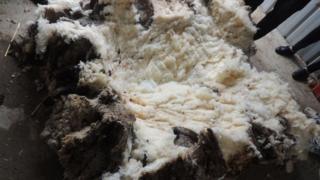 RSPCA
Lightening the load: More than 40kg of wool was cut from Chris's tiny frame

'Cutest' breed of sheep brought to Wales for first time