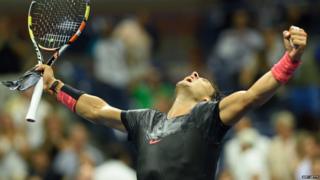 The US Open tennis tournament is in full swing, with some of the world's best players competing to win the coveted trophy.

The tournament takes place in New York every September and is one of the top tennis events like Wimbledon.

After the first day of the competition, superstar players Serena Williams and Rafael Nadal are through to round two.

However, British hopeful Heather Watson is out after losing to the American player Lauren Davis.

British number one Andy Murray is preparing for his match today against Australian player Nick Kyrgios. 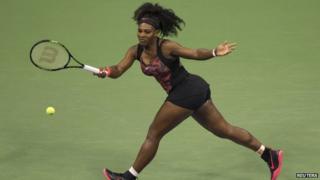 Reuters
World number one Serena Williams took just 30 minutes to beat her opponent Vitalia Diatchenko, who retired after losing 6-2 2-0. Serena said she was "proud" of the Russian player for coming out and playing, despite being injured. 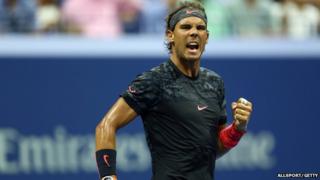 ALLSPORT/GETTY
Spanish player Rafael Nadal smashed his opponent Borna Coric in the first round by winning 6-3 6-2 4-6 6-4. Although he said the hot and humid weather conditions were making him sweat a lot, and tire more easily. 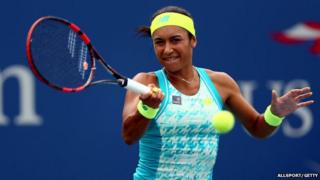 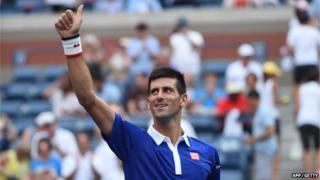 AFP/GETTY
World number one Novak Djokovic breezed through his first round of the US Open after beating Brazilian player Joao Souza 6-1 6-1 6-1. 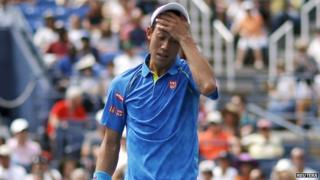 Reuters
Last year's runner-up Kei Nishikori, was disappointed after he lost to French player Benoit Paire. After the match the Japanese player said: "It's always very sad to lose in the first round, but I think he (Benoit) was playing good tennis so I don't think I played bad,"

Heather Watson knocked out of US Open first round