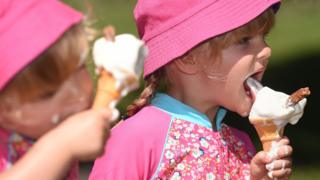 A new ingredient developed by scientists in Scotland could mean that ice cream lovers can enjoy their treats longer before they melt.

A naturally occurring protein, known as BsIA, can be used to create ice cream which stays frozen for longer in hot weather.

The ingredient could also help to reduce the amount of fat and sugar in ice cream.

The scientists say the ice cream could be ready to eat in three to five years. 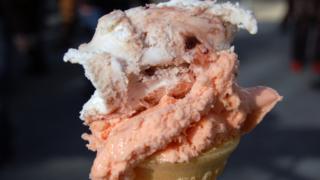 Teams at the Universities of Edinburgh and Dundee developed a method of producing the ingredient, which occurs naturally in some foods as a friendly bacteria.

Professor Cait MacPhee, who led the project, said it works by keeping oil and water mixed together, stops air from escaping and coats the ice crystals in ice cream which stops them from melting so quickly.