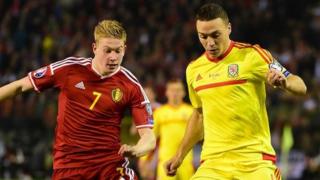 James Chester and Hal Robson-Kanu are injury doubts for Wales' Euro 2016 qualifiers against Cyprus and Israel.

Forward Robson-Kanu was substituted during Reading's 3-1 victory at Brentford with a groin strain.

Both are expected to join up with the Wales squad on Sunday and they will be assessed by the medical team.

Wales face Cyprus at the GSP Stadium in Nicosia on Thursday before hosting Israel at Cardiff City Stadium on 6 September.

Wales have a three-point lead at the top of Euro 2016 qualifying Group B with four games remaining. 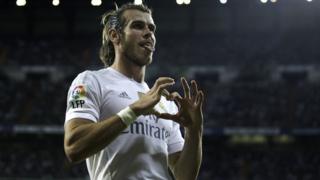 Wins in their next two matches could be enough to seal Wales' place at a major finals for the first time since 1958.

The top two sides from each group qualify automatically for the Euro 2016 finals in France, with Wales holding a five-point lead over third-placed Israel going into September's games.

Aaron Ramsey - 'I was cheeky at school'

What would it mean if your team qualified for Euro 2016?